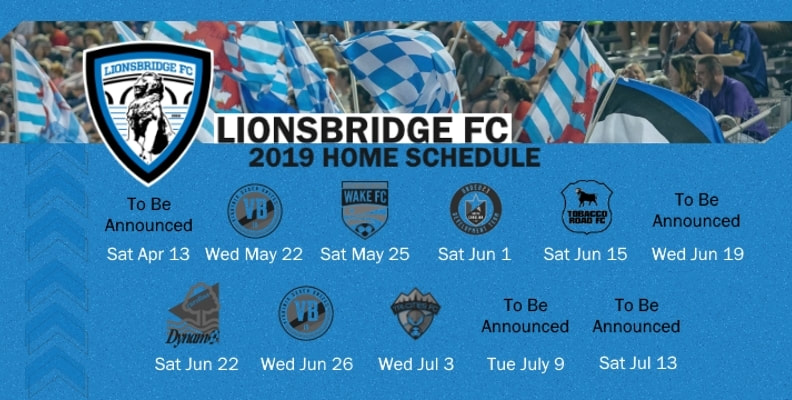 Anticipation for Lionsbridge FC’s 2019 season has reached a fever pitch as the club’s season ticket sales have doubled compared to this time last year. Season Ticket Jerseys and Season Ticket Wristbands are on sale now via the team’s website, LionsbridgeFC.com.  Group tickets (20 or more) may be purchased by calling 757-656-9659.

Lionsbridge FC will play in the highly-competitive, seven-team South Atlantic Division of USL League Two.  Last year, the Lions finished in third place and took points off every opponent except one in a division that featured a combined 121 NCAA Division I players and 4 MLS draft picks.

Three teams in the South Atlantic are new to the division, and two of the three are expansion sides: Wake FC and Virginia Beach United.  Tri-Cities competed in the Deep South division in 2018.