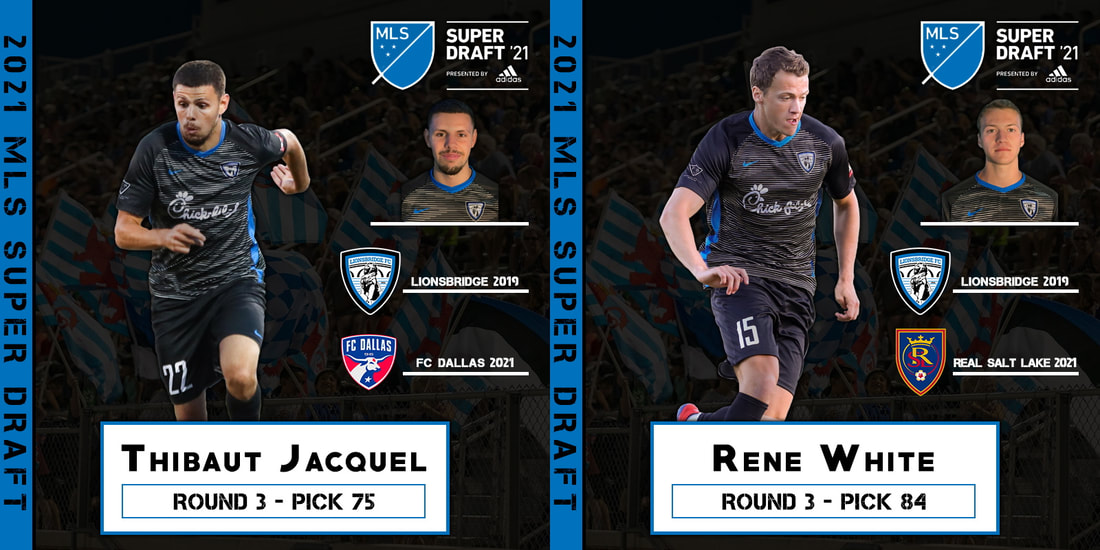 TWO LIONSBRIDGE ALUMNI -- JACQUEL, WHITE -- DRAFTED BY MAJOR LEAGUE SOCCER
Lionsbridge alumni Thibaut Jacquel and Rene White were selected in the 2021 MLS Draft. Jacquel was taken by FC Dallas and White by Real Salt Lake, both in the third round.

Both were forwards on the 2019 Lionsbridge team. Jacquel scored a team-high 7 league goals in 13 games.  White scored 3 goals that season.

ALEX TOUCHE SIGNS USL CHAMPIONSHIP CONTRACT WITH NEW MEXICO UNITED
After anchoring the 2020 back line for Lionsbridge FC, Alex Touche (LBFC '20) has signed a pro contract with his hometown club at the USL Championship level, New Mexico United. Touche scored one goal and tallied one assist in the abbreviated 2020 season for the Bridge. He becomes the 9th Lionsbridge player to sign a professional contract in the club's first three seasons. 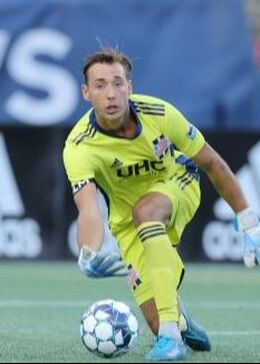 JOE RICE RETURNS to NEW ENGLAND REVOLUTION II for 2021 SEASON
After a tremendous debut season with New England Revolution II, Lionsbridge alumni ('18) and goalkeeper Joe Rice will return to Foxboro to continue his professional career in 2021. Rice started 13 games for the Bridge during the club's first season.

JP SCEARCE RETURNS TO UNION OMAHA FOR SECOND SEASON WITH THE OWLS
Lionsbridge alumni ('19) JP Scearce has extended his contract with USL League One's Union Omaha for the 2021 season. While with Lionsbridge in 2019, the midfielder from Arizona tied for the club lead with 4 assists.

LIONSBRIDGE SELECTS PENINSULA CUSTOM FRAMING AND GALLERY AS CLUB'S OFFICIAL FRAME SHOP
Peninsula Custom Framing and Gallery has signed to become as the club’s official frame shop. As part of the new partnership, Peninsula Custom Framing will receive game day visibility and signage at all home Lionsbridge FC games in addition to exposure on the club’s digital and social media platforms. MORE...
LIONSBRIDGE RENEWS PARTNERSHIP WITH BOWDITCH FORD FOR 2021 SEASON
Lionsbridge FC and Bowditch Ford have announced an extension to their partnership for the 2021 season, and the dealership will serve as presenting sponsor for the club’s popular post-game fireworks shows. MORE...

Lionsbridge FC has extended its partnership with Chick-fil-A in a multi-year agreement that will see the restaurant serve as the Official Jersey Sponsor through the 2022 season for the Virginia Peninsula's USL League Two soccer club.

The iconic script Chick-fil-A logo will continue to be prominently located on the front of Lionsbridge FC team jerseys and Season Ticket Jerseys for fans, which are now on sale for the 2021 season.  MORE...

BROWN LAUNCHES PRO CAREER CLOSE TO HOME
Luke Brown, the club's 2019 Player of the Year, has signed his first contract with Hitchin Town FC in his native England. Brown becomes the 8th Lionsbridge player to move onto the next level. He has made a massive early impact with the Canaries, scoring 8 goals in the first 5 preseason matches.
MISSION ACCOMPLISHED!
LIONSBRIDGE COMPLETES UNDEFEATED SEASON
Lionsbridge FC finished the 2020 season in style with a 4-0 win against AC Commonwealth. The win capped a dominating, undefeated season with seven wins, no losses and no draws. The Bridge outscored their opponents 32-1 during the seven fixtures. Alex Touche as named Riverside Man of the Match in the season finale.
WHALLEY APPEARS ON NATIONAL TV IN UGANDA
Head Coach Chris Whalley was a guest on The Score, a nationally-televised sports program in Uganda. In the 15-minute interview, Whalley spoke about player development and pathways for Ugandan and African players to play professionally or at the university level in the United States and abroad.

LIONSBRIDGE FC NAMED USL LEAGUE TWO FRANCHISE OF THE YEAR​
Lionsbridge FC was named the 2019 Franchise of the Year by USL League Two at the league's Winter Summit. (FULL ARTICLE)

USL LEAGUE TWO RECOGNIZES LIONSBRIDGE FC FOR ITS COMMUNITY CONNECTIONS
​
(USLLeagueTwo.com) – The Hampton Roads area of Virginia has a well-documented passion for soccer. Though the interest in global soccer has been present for some time, the area hadn't recently had a club to call its own until two years ago. That changed when Lionsbridge FC was founded. (FULL ARTICLE) 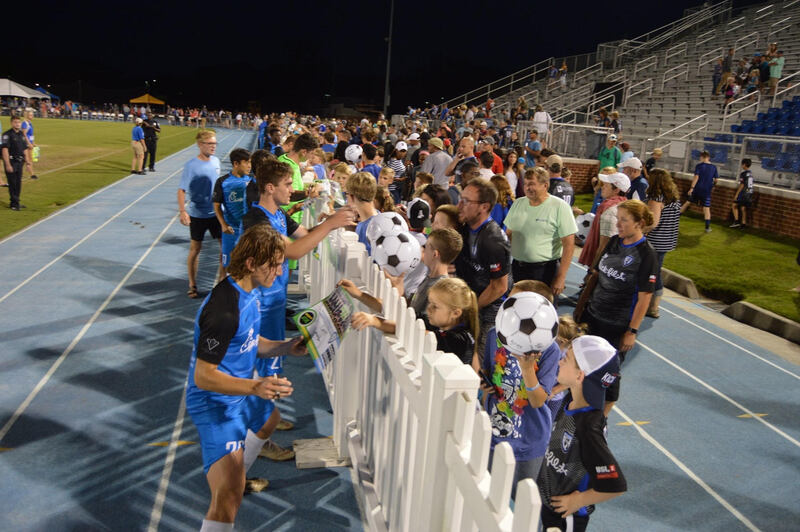 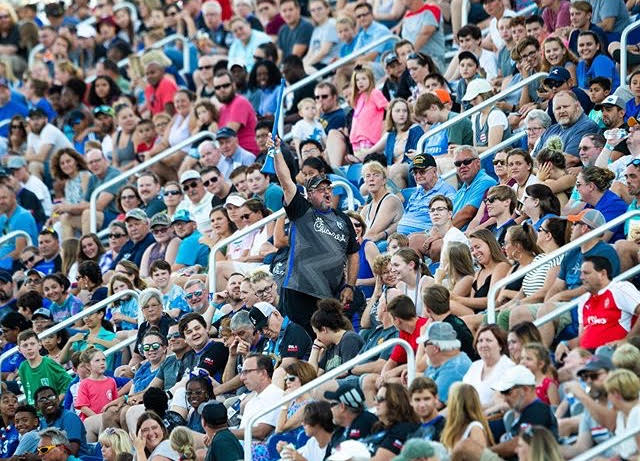 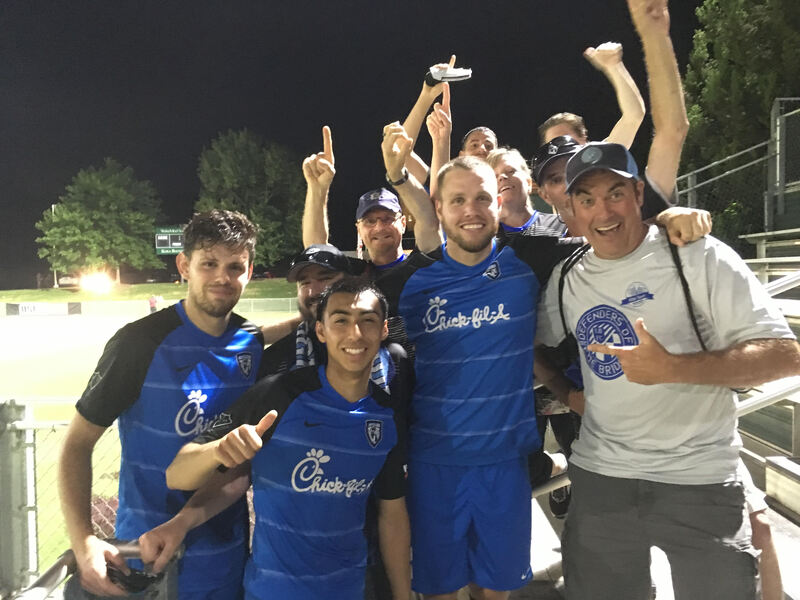