LOCAL PLAYERS: Lionsbridge FC will hold open tryouts in January or February 2023. If you're interested to showcasing your ability to the LBFC coaching staff, please complete the form below. You will be notified when tryout dates are finalized and when registration opens.

OUT OF TOWN PLAYERS: Please also complete the form and it will go to our coaching staff for their review. 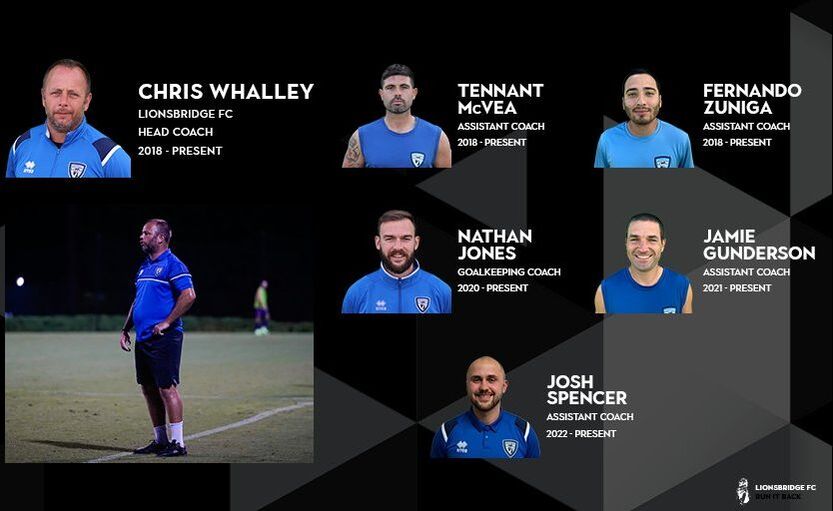 HEAD COACH: Chris Whalley (6th Year)
Chris Whalley has served as Lionsbridge FC head coach since the club formed in 2018. He brings 15 years of head coaching experience at the NCAA Division I and II levels. In five seasons at LBFC, Whalley has posted an overall record of 48 wins, 17 losses and 12 draws (70% winning percentage).  Under Whalley's direction, Lionsbridge has turned TowneBank Stadium into a fortress, winning 87% of its home games the past two seasons and hosting the USL League Two playoffs in 2021 and 2022.

Whalley is also the head coach at Chowan University in North Carolina, where he is the school's all-time wins leader and one of the most successful coaches in the history of NCAA Division II.