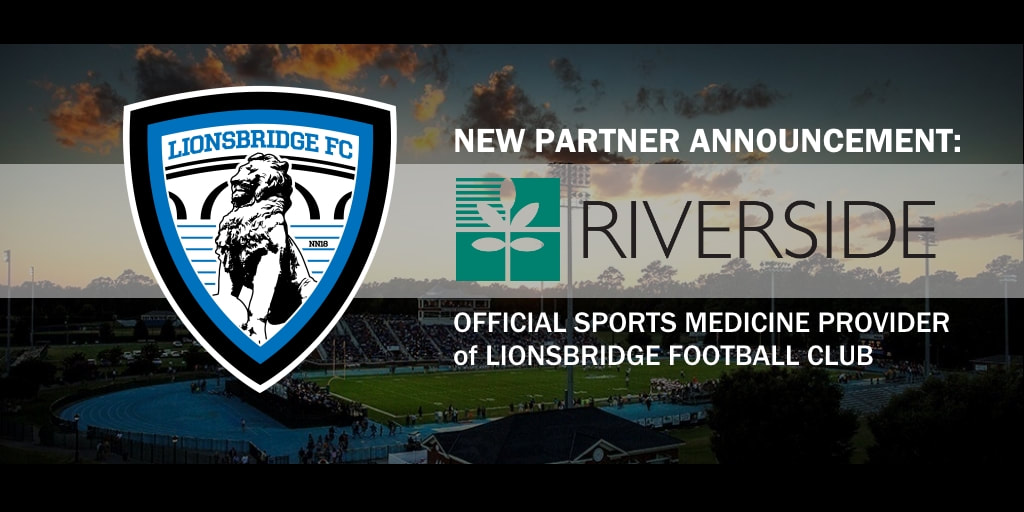 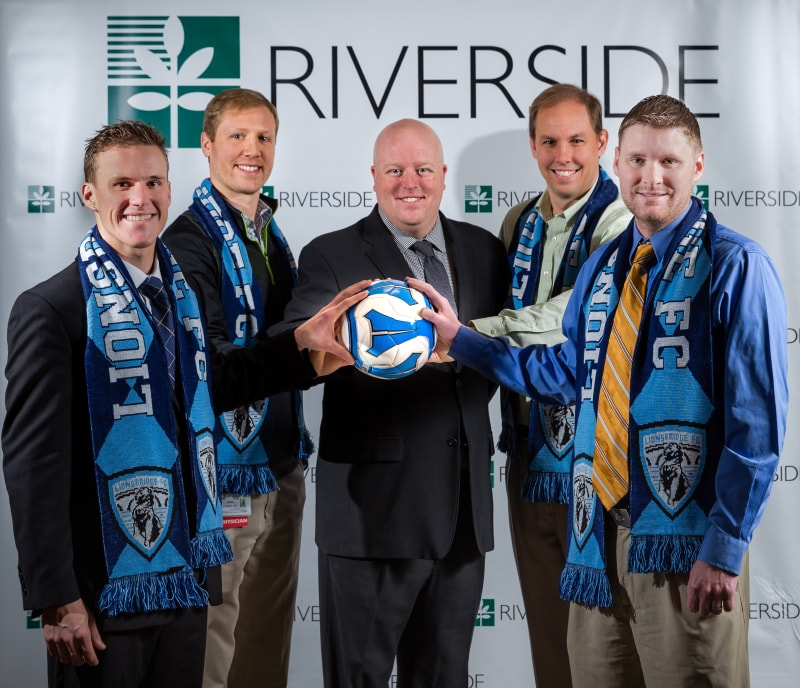 As part of the agreement, Riverside becomes the Official Sports Medicine Provider of Lionsbridge FC, providing comprehensive medical services for players on match day, during training sessions and team off days.

“Riverside Health System shares our vision of bringing high-level soccer to the Peninsula. This partnership not only secures a first-class health care provider for our players, but we are cementing a true partnership between two organizations that are dedicated to serving our community,” said Lionsbridge FC Chairman and Co-Founder Mike Vest.

“It is a privilege to be a part of a professional group that is founding its roots in our very own community. This is an excellent opportunity for Riverside to showcase our Sports Medicine Program, and I’m eager to provide top-level care for Lionsbridge FC,” said Kristian Hill, Head Athletic Trainer.

Players will also have access to Riverside’s comprehensive medical services including Athletic Training, Sports Physical Therapy, motion analysis and injury screening tools.   All these services are under the supervision of Dr. J.R. Barley, Medical Director of Riverside Sports Medicine.

As part of its commitment to building a healthier community, Riverside Sports Medicine will collaborate with Lionsbridge FC on a series of educational video content on sports medicine topics aimed at youth athletes, parents, coaches and officials on the Peninsula.  The priority is to maintain the health and well-being of the athlete.  The Riverside Sports Medicine Team, because they are athletes themselves, are dedicated to helping Lionsbridge FC players stay competitive and on the field.

Additionally, Riverside and Lionsbridge FC coaches and players will host a free youth soccer clinic, open to the entire Peninsula community. Riverside will also receive logo placement on the back of Lionsbridge FC home and away game jerseys.

Lionsbridge FC will play its home matches at POMOCO Stadium on the campus of NCAA Division III powerhouse Christopher Newport University. Each home game will be preceded by a two-hour pre-game community festival complete with a beer tent, food trucks, bounce houses and live music and family entertainment.

Since its founding more than 100 years ago in Newport News, Riverside has evolved into a flagship regional medical center with affiliates throughout the region in every aspect of healthcare. Riverside also serves as the Official Sports Medicine and Orthopedics Provider for Christopher Newport University athletics.