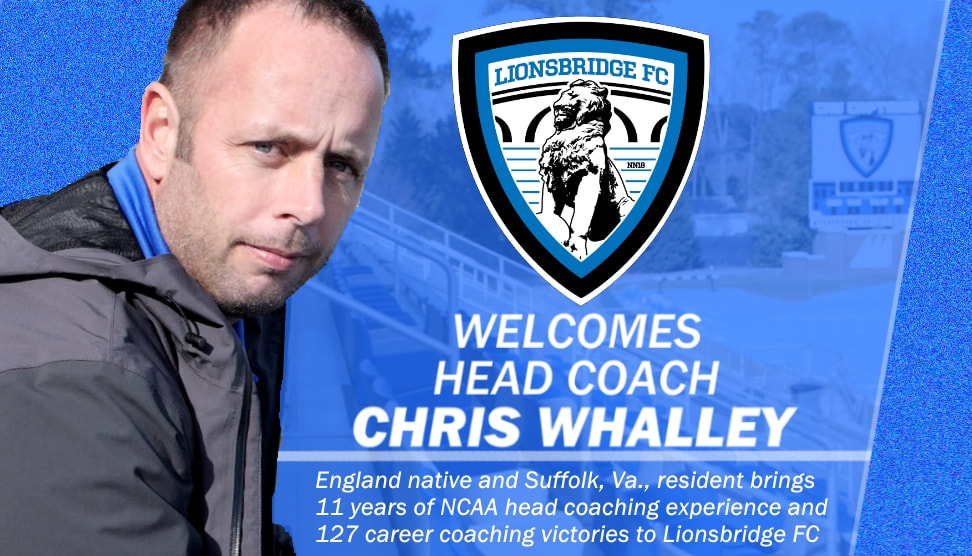 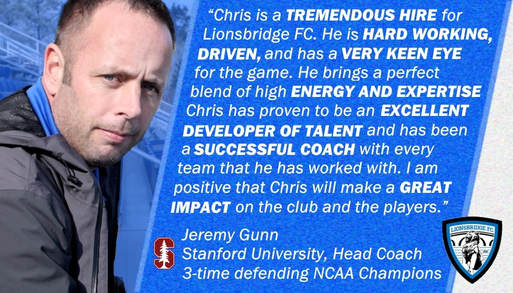 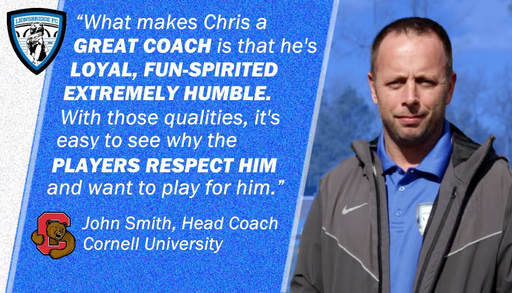 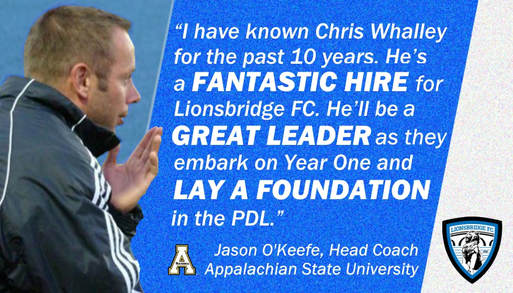 Whalley brings extensive head coaching experience at the NCAA Division I and II levels and has guided three college programs to dynamic results and unprecedented success. Collectively, Whalley’s teams have posted 127 wins, 68 losses and 25 draws in his 11 seasons as collegiate head coach. He has led teams to three NCAA Division II Tournaments and a number one national ranking. He has mentored 16 Division II All-Americans and been named conference coach of the year three times.

“When we launched our search for our first head coach, we wanted to find a leader with a track record of success on the field and experience building programs from the ground up. We have found that in Chris Whalley,” club chairman and co-founder Mike Vest said.

“Chris is not only one of the premier college coaches in the game today, but he is an outstanding person who will represent Lionsbridge FC well. He comes extremely highly recommended by top college coaches around the country. The consensus among them was, ‘if you can get Chris Whalley, you should sign him.’”

​Whalley currently also serves the head men’s soccer coach at NCAA Division II Chowan University in Murfreesboro, N.C., and has since 2014. Prior to that, he was an assistant coach at Appalachian State and the head coach at Lees-McRae College, Wisconsin-Milwaukee and in the PDL with the West Virginia Chaos.

At Chowan, he inherited a program that went 1-14 in the year prior to his arrival and immediately turned the team around, posting a 12-8 record in his first season, the most wins in school history.  At Wisconsin-Milwaukee, Whalley doubled the team’s win total in his first season. At Lees-McRae, Whalley led the Bobcats to a #1 national ranking in NCAA Division II, three NCAA Tournament appearances including the national runner-up in 2009 and remains the most successful coach in program history. At West Virginia, Whalley guided the Chaos to its best-ever record in 2009.

As a player, Whalley played professionally for the Reading (Pa.) Rage of the USL and in the PDL with the Chaos.  When he retired, he finished as the franchise’s all-time leader in games played, goals, assists and points. He played collegiately at Mercyhurst College in Erie, Pa., and led the Lakers to a NCAA Division II Final Four.

Whalley, who resides in Suffolk, Va., with his wife, Alexis, and son, James, will continue in his role at Chowan while with Lionsbridge FC.

Lionsbridge FC will open its inaugural campaign with two road games before returning to POMOCO Stadium on the campus of Christopher Newport University on May 16 for its first-ever home game, a matchup against new in-state rival Evergreen FC. Season ticket wristbands are available now for purchase.

Each home game will be preceded by a two-hour pre-game community festival complete with a beer tent, food trucks, bounce houses, music and family entertainment.