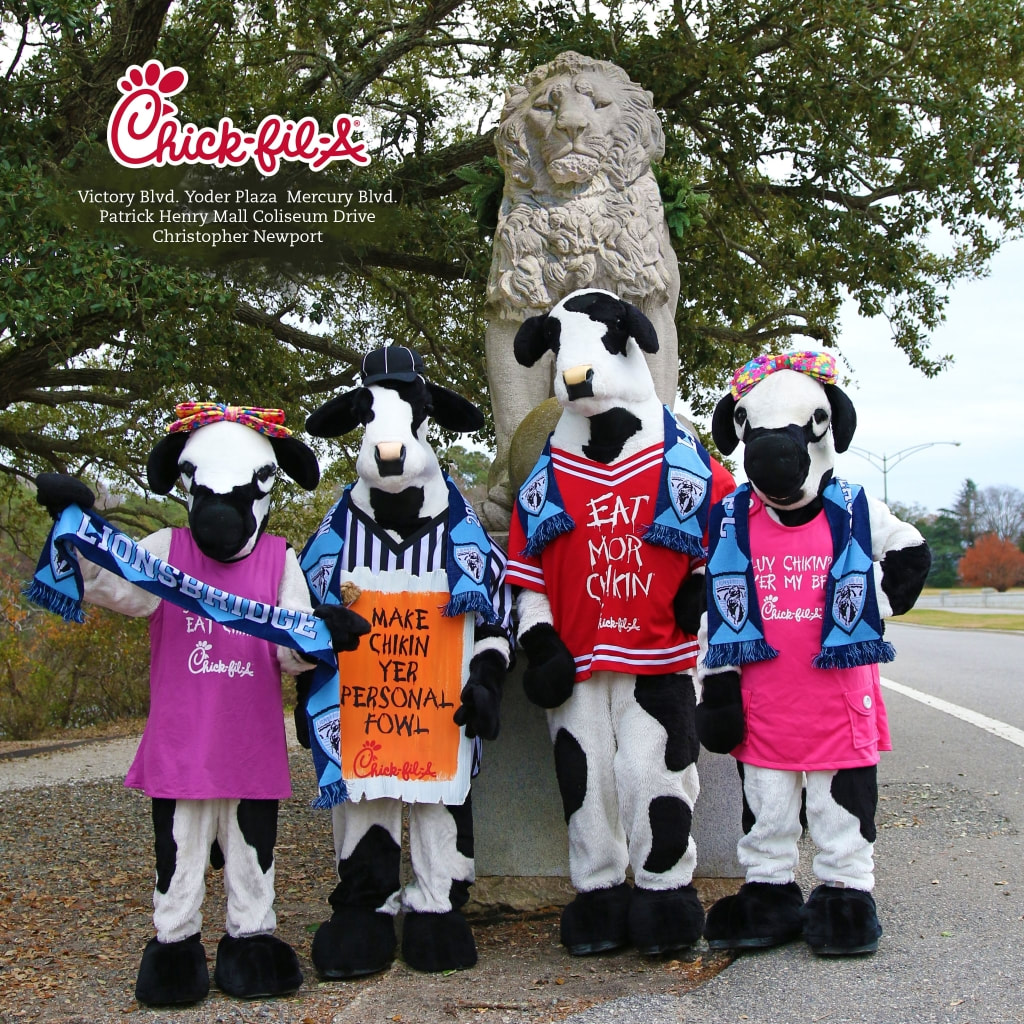 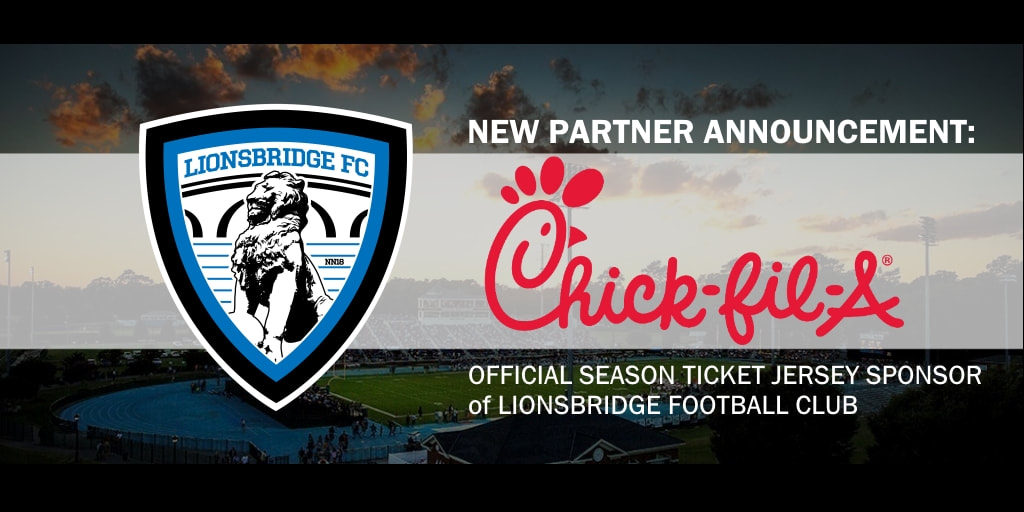 ​Chick-fil-A will serve as the Official Jersey Sponsor of Lionsbridge FC, the Virginia Peninsula’s new Premier Development League soccer team. The iconic script Chick-fil-A logo will be prominently located on the front of Lionsbridge FC team jerseys and Season Ticket Jerseys for fans, which are now on sale.

“Chick-fil-A is unwavering in its commitment to the community and we are proud to work together to make the Virginia Peninsula a better place to live, work and play,” said Lionsbridge FC Chairman and Co-Founder Mike Vest. “Together, we will build a fun, affordable event experience for the Peninsula and positively impact the community we call home.”

Fan Vote: Jersey Design
In a continuing effort to truly make Lionsbridge FC the Peninsula’s team, fans are invited to vote for their favorite home jersey design on the team’s Facebook page.