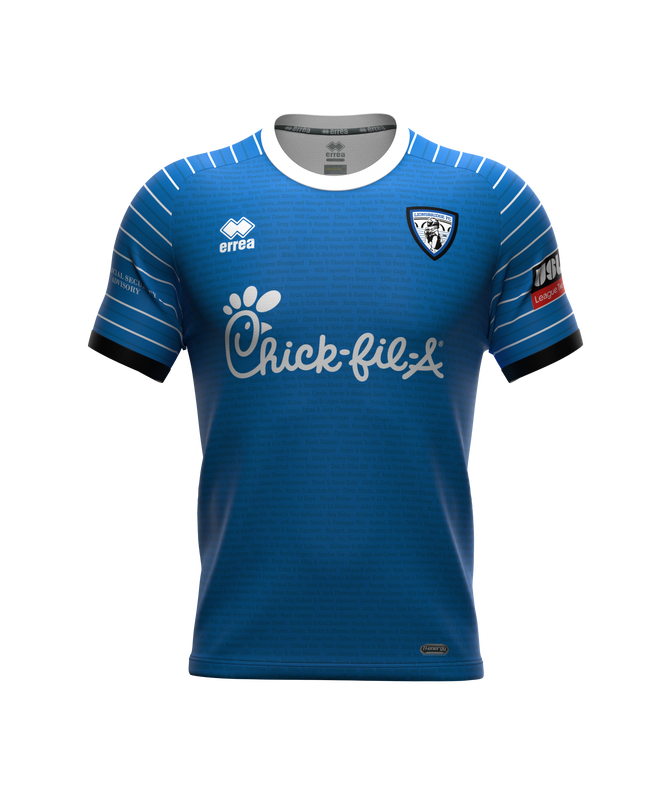 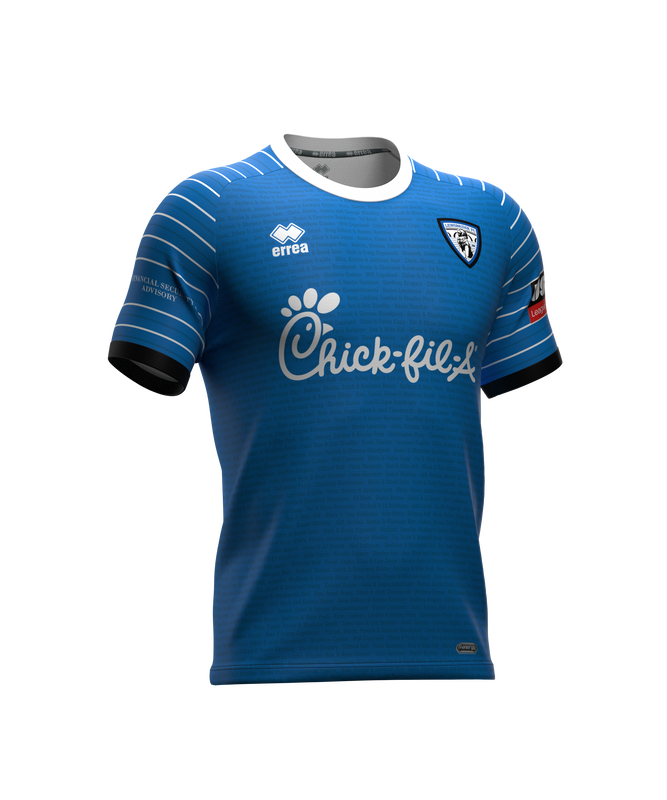 (November 9, 2020) – Lionsbridge FC has extended its partnership with Chick-fil-A in a multi-year agreement that will see the restaurant serve as the Official Jersey Sponsor through the 2022 season for the Virginia Peninsula’s USL League Two soccer club.

The iconic script Chick-fil-A logo will continue to be prominently located on the front of Lionsbridge FC team jerseys and Season Ticket Jerseys for fans, which are now on sale for the 2021 season.

“We are very pleased to announce the continuation of such a tremendous partnership with Chick-fil-A and the Peninsula operators,” said Lionsbridge FC Co-Founder Mike Vest. “It is our pleasure to work together to create fun, exciting and affordable experiences for everyone on the Peninsula.”

Season Ticket Jersey Offer
Fans can purchase a Chick-fil-A Season Ticket Jersey and save up to $46 off in-season prices. The jersey is good for admittance to all 2021 Lionsbridge FC home games and allows those wearing the home jersey to bypass the stadium ticket lines. Fans who order their jerseys prior to November 16 will be guaranteed to receive their jerseys in mid-December.

Additional Chick-fil-A Partnership Components
About Lionsbridge FC:
Lionsbridge FC competes in USL League Two, the top pre-professional men’s soccer league in North America. The club was recognized in 2019 as the USL League Two Franchise of the Year. Each home game is preceded by a pre-game community festival complete with a beer tent, food trucks, bounce houses and family entertainment. Lionsbridge FC has led the Eastern Conference in attendance every year since its launch, with crowds that regularly surpass 2,000 fans. Seven Lionsbridge FC players have gone on to sign professional contracts in the United States, England, Sweden and Australia. The club houses a number of players with local host families during the season. All home matches are streamed to a worldwide audience via Facebook Live.