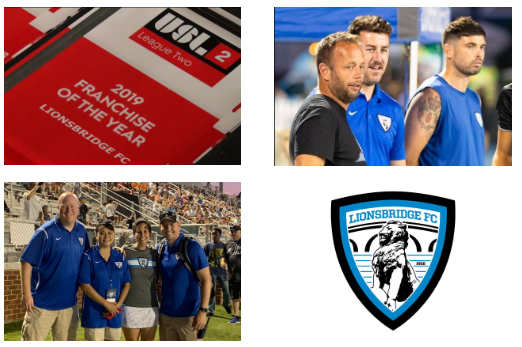 This week, Lionsbridge FC was named the 2019 Franchise of the Year by USL League Two! It is a tremendous honor to be chosen from the 74 clubs that compete in our league across the United States and Canada.

This is a community award: We did it together! It is absolutely a reflection of the incredible dedication and support from our fans, host families, volunteers, sponsors and partners, coaches and players. Here is what we accomplished together during the 2019 season:

Off the Pitch and In the Community:

THANK YOU FOR BEING PART OF THIS AMAZING STORY SO FAR... but it’s only the beginning! Join us for the 2020 season — it’s going to be bigger and better than ever!
ORDER 2020 SEASON TICKETS!